Renewables vs Nuclear – choose a legacy!

Renewables vs Nuclear – choose a legacy!

While listening to a recent nuclear vs anti-nuclear energy discussion hosted by Cape Talk Radio, it dawned on me that choosing nuclear or renewables is much more than choosing an energy option. It is a choice between two divergent socio-economic opportunities and the consequent legacies.  It is a choice that needs public participation and far wider involvement than the Dept of Energy under the instructions of President Zuma.

What are the different opportunities and legacies of nuclear and renewable energy? 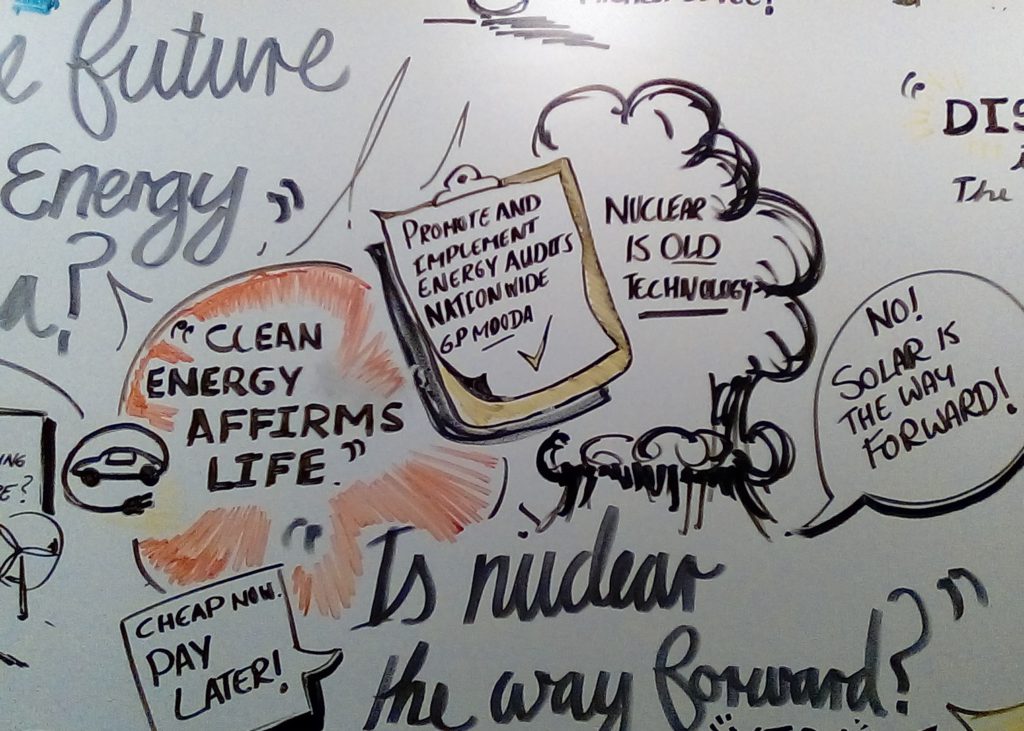 Renewed interest in nuclear on the back of Climate Change concerns is a continuation of the old energy model focusing on supply (and dare I say captive consumers).  Nuclear systems are large, centralized and hugely capital intensive often involving foreign debt repayments. Payback periods are in decades and the risks continue for thousands of years. Nuclear power is designed for large inflexible base load.  It is a poor partner with renewable energy. Victor Polikarpov of Rostacom as much as confirmed this in his contribution to a discussion on: The ideal base load mix for Africa – will renewables remain a niche or become a base load?  He stated: “once you build nuclear as base load, renewables become redundant.” (African Utilities Week 2016.)

Looking at the rapid uptake of a range of renewable energy systems, it is clear that they are challenging the traditional role ESKOM.  As smaller systems (with the exception of hydro) renewables are quick to install locally and easier to finance. They are attracting the attention of independent power producers, both large who wish to sell directly to consumers, and smaller producers generating for own consumption and wishing to sell their surplus. These investments avoid huge public capital commitments for generation and keep much of the money circulating in the local currency.  Electricity consumers can now be part of rather than at the end of the energy chain. The wide range of renewable energy systems including  those offering a base load equivalent, innovations in cheaper energy storage, smart metering and even DC appliances are a huge catalyst for what Dr Kandeh Yumkella (UN Under-Secretary-General & CEO of Sustainable Energy for All) called the 4th Industrial Revolution.  Speaking at the African Utilities Week 2016 Dr Yumkella encouraged African nations to take full advantage of renewable energy to “…leapfrog over the old into the new!”

While `The new’ is making strides in energy innovative countries, in South Africa a shift in mind set from centralised 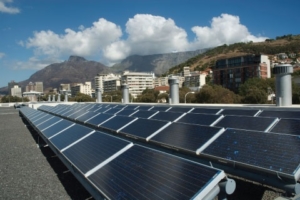 power to freeing up opportunities is the key to our energy revolution.  Consider a renewables legacy that includes environmental sustainability, a two way relationship between producers and consumers, energy for rural communities and a robust economy with an estimated `Million Climate Jobs’ based on the many technologies and services that make up the renewable energy chain.

Alternatively a nuclear legacy is likely to be huge debt, human and environmental risks in the entire chain from mining and enriching uranium to generation and disposal of high level waste and decommissioning.As you read this renewable systems are being installed as fast as the authorities will allow, but it takes 15 years to build a nuclear station, excluding the overruns which have plagued big power in South Africa!

Nuclear vs Renewables is much more than an energy debate. Politicians have made the decision to build new nuclear stations and excluded options for appeals.  Two civil society organisations, the Southern African Faith communities Environmental Institute and Earthlife Africa are taking the government to court to call for a transparent and informed process to decide on whether nuclear power is in the best interests of South Africans. To support them go to:   http://safcei.org/category/nuclear/  or http://earthlife.org.za/campaigns/nuclear-energy/