The city of Cape Town received tens of thousands of objections to its proposed water, electricity and sanitation service fees for 2018 -19.  Will the City ignore this clear signal that its services are becoming un-affordable and that different mechanisms are being called for  to fund and provide services.

The proposed increases are substantially above the current annual inflation rate of between 4.4 and 5%.  The increases are: rates at 7.2%; average electricity at 8.14%; water and sanitation, both over 26%.  The salary increase for city staff is 7.1%. How many other Capetonians will be so lucky?  These above CPI tariff increases are likely to drive higher inflation with significant financial impacts on Capetonians already struggling with a range of financial challenges. 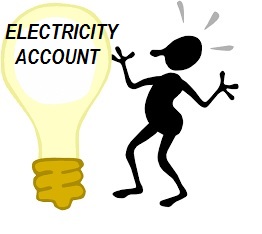 Local authorities are being severely challenged to provide affordable electricity to a growing urban population in the face of increasing electricity costs from ESKOM.  The old service model is being further disrupted by the Renewable Energy technologies enabling households and commercial enterprises with disposable income to go off-grid or to be semi- independent.  Revenue from this customer base, who are best able but less willing to pay for increasing tariffs, is reducing.  The City is responding by separating the infrastructure and energy charges.  While this may not be bad in principle, it is being implemented without adequate involvement of citizens. The new monthly service fee for the Home User tariff is a case in point.  As this charge is not consumption based, citizens have little control over how the City escalates it in each successive budget year.  Neither do citizens have control over how this charge relates to cost of supply.  It could simply become an additional income stream (arbitrarily) targeting households with a municipal valuation over R1 million.  Considering the escalated property prices in Cape Town, R1 million is no longer an indication of affluence.  How was this value arrived at?

Citizens need to be included in a transparent and genuinely participatory process about the costs of services, the levels of subsidy and the determination of tariffs.

– Lifeline for households that qualify for 60 free kWhs per month and a subsidized tariff.

– Domestic for households valued at less than R1 million but which do not qualify for the Lifeline subsidy, and

– Home User for households valued over R1 million, which will now  pay a service fee of R150 per month in addition to a per kWh energy fee.

Citizens should be willing to contribute to a cross-subsidy, where they know how much it is, and that the funds are being ring fenced for access to electricity and used to provide an efficient service.

2 What is the City doing to ensure that it gets its fair allocation of the government subsidy for the Free Basic Electricity from National Treasury?

3 What plans does the City have to future-proof the City electricity service? The cost of electricity from ESKOM is likely to continue increasing for the foreseeable future, but hiking tariffs or introducing new ones is not sustainable.  It is time to ring fence some of the electricity sales profits by implementing systems such as: rent to buy or loans for solar water installations to lower income households; meters that charge Time of Use tariffs and that can limit demand when the system is constrained; community-based RE infrastructure such as mini-grids and/or communal battery storage, etc. 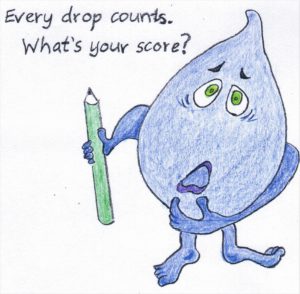 PROPOSED WATER TARIFFS for 2018 – 19 are so high. Are they legal?  The huge jump in  proposed charges begs the following questions:

1 Do the proposed water tariffs comply with the guidelines of the Municipal Finances Act?  Key guidelines include that service fees need to be generally in keeping with the cost of supply, and that while they may include a degree of cross-subsidy, they may not discriminate between categories of users.

2 How do the proposed tariffs relate to the current 6b Restrictions?

3 Households using less that 6kl as required by the drought restrictions will be hardest hit.  They will effectively pay 55% more. How is this justified?  The proposed tariff charges for the first 6 kls is R40.73 per kl compared with R26.25 currently.  Without the concerted efforts of these households, the City may well have reached Day Zero with huge associated additional costs to the City.  The reason many households have managed to reduce consumption to below 6 kl is because of private investments amounting to thousands of rands in rainwater tanks, well points and grey water systems. It is unethical, possibly even discriminatory, to further penalize these households with the proposed excessive water tariffs.

The City has been slow to pro-actively manage consumption in the face of a growing urban population and two previous years of below average rainfall. Widespread installation of WMDs and higher drought tariffs should have been implemented long before the City’s panic actions in February 2018. Up until this time the tariff was R4 per kl for the first 6kls.  An escalation from R4 on 1st February to the proposed R40.73 on 1st July represents an unacceptable increase in 6 months.

4 What funding options has the City explored, other than excessive tariff increases?

The City makes the point that it has to significantly increase tariffs to invest in new bulk water supplies, because the Department of Water Affairs has not been able to meet this obligation.  The City needs to explore other funding options, including:

5 Has the City determined that the free allocation of 10,5kl to indigent homes is equitable and sustainable? While the principle of free water for cash poor homes is an essential service, it is imperative that all households are encouraged to be water efficient.  Measures such as determining the number of people per household is important before offering a free allocation of 10,5kls per household.

6 How does the proposed Monthly Water Fixed Charge relate to cost of infrastructure?

Using the diameter of the mains water supply, which domestic consumers have no control over and which bears little relation to domestic levels of consumption, is an added iniquity.

Given the huge increase in the proposed water tariff and the removal in October 2017 of the free basic water allowance for all properties not registered as indigent, the addition of a new fixed monthly water charge appears to be simply a new tax for bulk water supply. This should be the responsibility of the Department of Water Affairs.

What mechanisms will the city put in place to ensure that the Monthly Fixed Charge is based on an efficient model of supply and ring fenced for water infrastructure?  As with the electricity infrastructure charge, the City needs to provide transparent cost of service figures in a way that the citizens can understand, and ensure that these are not just arbitrarily escalated each year.

The rationale for the huge proposed increase in the sanitation tariffs of over 26% is hard to understand and appears to be a double tax to fund new water infrastructure.  This is a further example of the lack of transparency around the real cost of services.

My daughter calls the challenges of new technologies on old systems “Creative Destruction”.   Seems to me the city needs to be far more creative in managing the risks arising from reduced rain fall and the opportunities of new water and energy technologies to avoid self destruction.

The 2018/19 proposed budget is deeply worrying. Citizens wish to live in an affordable City with well managed services, but the huge increases of water, sanitation and electricity costs make Cape Town less affordable. With the potential polarizing implications of higher service fees, requiring larger levels of cross-subsidy, and the exit opportunities that new water and electricity technologies afford to more affluent citizens, the models of service delivery need to be reassessed. The public need to be involved in this process, which should include models for partnerships with producer -consumers, demand management, and transparency about service costs and subsidies.